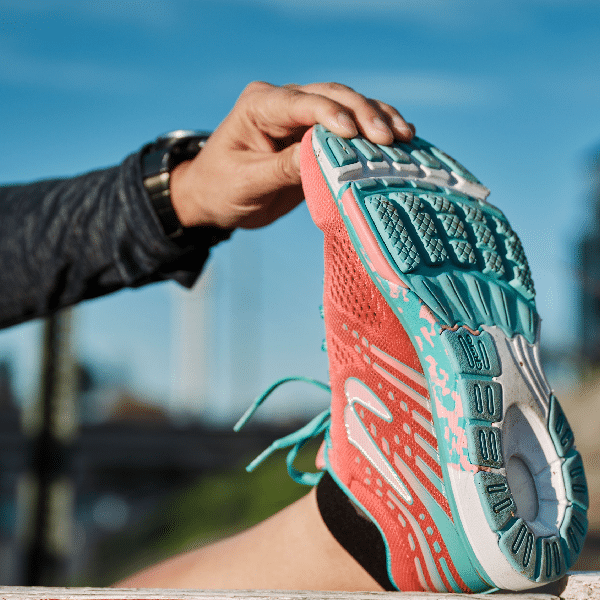 Hello! My name is Mark Lidman and I am a former associate at The Running Well Store.  I have been asked to review the Newton Kismet 7 since I have run in previous models of Newton running shoes.  I am still an active runner, although I run far less than I used to. Runners of all ages and ability levels need to recognize and appreciate the importance of a good pair of good running shoes.  While good shoes won’t make you faster or better in themselves, and are not substitute for proper training, the shoes can help prevent injury.  Injury free running allows you to train properly, safely and achieve more of your goals.

This may show my age, but I have been running long enough to remember when ASICS shoes were called Tigers.  And I remember my first pair of Brooks “real running shoes,” which I thought were extravagantly priced at $19.95. !!$19.95!! Reflecting on my experience with running, I was able to achieve goals that now seem impossible.  No matter the distance or the event, I always knew my limitations and stayed away from long-term injuries.  I tended to gravitate towards longer distance events due to my genuine lack of any leg speed.  However, I now settle for 4 mile runs in the neighborhood in my Kismets. My tenure in the sport makes me truly appreciate the importance of good running shoes.

Enough about me, let’s talk about the Newton Kismet.  Newton running shoes are known for their unusual cushioning system.  Instead of foam in the midsole the shoes feature a set of five lugs on each shoe placed at the midfoot point.  The lugs constitute the recommended strike point as the shoe is intended to encourage a forefoot or midfoot rather than a heel strike. Company co-founder, Danny Abshire, discussed this in his book Natural Running (2010) where he incorporated the Newton design with the goal of improving running form.

Older Newton models had four lugs, but the five lugs currently in play provide a more stable ride, and the fit of the new Kismet is an improvement over its predecessors.  The upper is well-ventilated and roomy, more so than in the tighter fitting earlier models. The Kismet has a 4.5mm “heel drop” or offset which facilitates forefoot strike and what Abshire calls “natural running.”

The Kismet is a stability shoe by classification and although I usually wear neutral shoes, I had no trouble making an adjustment. Still a gradual break-in period is a good idea to get used to the feel of the lugs, especially if the runner is new to the low drop from the heel to the forefoot.

The fit of the shoe was true to size. I personally ended up dropping down a ½ size since my usual size was a little wide and I could grab material over the forefoot when I tried the shoe on at The Running Well Store on Barry Road.  This is why it is always good to pay attention to fit.  I usually wear a size 11 and the 10.5 really felt the same lengthwise but better fitting in the width.  At $140 the Kismet is competitively priced, and much less expensive than the Newton Gravity or Motion models.  As far as durability goes, the shoes should wear well if you land on the forefoot. Consistent heel striking will cause wear in the heel, which is not as well cushioned as other models. Keep in mind that the shoe is intended for a forefoot strike!

The Kismet comes in only one color.  But, for Newton, a brand that loves flashy shoes, the color is relatively muted.  Early editions of the Newtons were meant to stand out and be noticed, and the bright colors that characterized earlier editions guaranteed that.

Runners who are looking for a nice, neutral-colored shoe to wear with jeans or to church may want to look further.

The Kismet is a shoe you should try out!  Especially if you are interested in improving your running form.  One caution: Newtons are meant to be run in, so standing still in them all day may produce a feeling that you are “standing on something.” What you feeling are the lugs under the forefoot, but you won’t feel them when you run. You may have the same feeling when you walking in them, but it will not be as pronounced.

Neutral runners may want to try the Newton Fate as the Kismet is the guidance version.

How does it feel? The Triumph has been my very favorite shoe since I started running again in…

How Does It Feel? Mizuno recently released the 26th iteration of the Wave Rider and this version certainly…

The Bondi is Hoka’s flagship shoe that revolutionized the max-cushion running shoe market. Hoka’s Bondi is updated every…

Saucony Tempus With the Hurricane on it’s way out, the Tempus is stepping up to the plate. This…

I must tell you guys an honest truth; I have been running, and hiking in the Brooks Caldera…