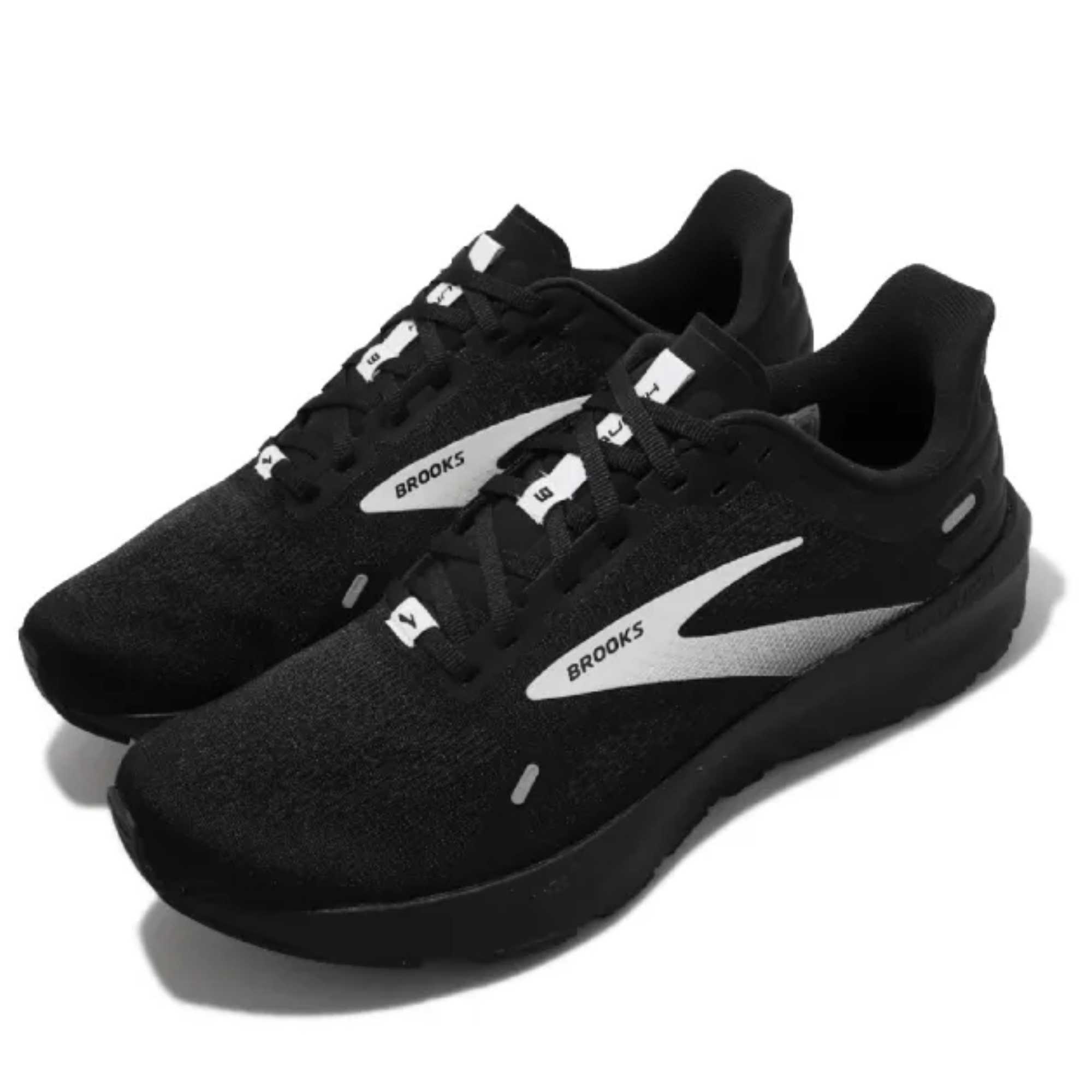 The Brooks Launch 9 in my opinion is a pretty solid shoe, mind you this is from a kid who lifts more than he runs. This shoe really got me running again and training for the Liberty Half Marathon. I would mainly use it on my shorter runs, I took it out on just one longer run and had some shin splints but that is about all. I also did some weightlifting in them and didn’t have too many issues, the only thing that threw me off a little was the offset. Brooks usually sit at a 10mm of set, and I am usually lifting in a 0mm or as flat as possible just to have a little bit more of a sense of stability while lifting.

Comparing the Brooks Launch 9 to the Launch 8 firstly, the Launch 9 fits pretty true to size as where in the Launch 8 you would typically have to go half a size down in the shoe because it fit so big. Cushion wise I also like the Launch 9 better than the 8. Lot more to offer as well as its quite a bit softer while still having that responsive feel within the shoe. Within the newer launch it’ll have a little bit more of a snug fit. So, for me this worked really well, I have somewhat of a narrow midfoot and it hugged it perfectly.

Now the big question, how’s the arch? This seems to be a very frequently question asked when trying on every shoe. Take this with a grain of salt because every arch will hit ever persons foot differently. So, with that being said in my personal opinion I will personally start to call the this shoe the “Little Brother of the Brooks Ghost”. Now being a person who hasn’t run in the Ghost as much as I have the Launch 9, again a grain of salt. The arch in the Ghost is too pronounced for me, now in the new Launch 9 it isn’t as high or pronounced within the shoe. This is the exact reason I will start referring to it as the little brother of the Ghost since its, lighter weight, less cushion, little less arch, and less expensive! The most important right.

Who Is This Shoe Good For?

In my personal recommendation the shoe would be the best for the lower mileages or the younger audience. The launch was already a shoe that made some rare appearances but was generally liked when it showed up. With it being the lighter weight shoe, it doesn’t offer as much support as I would recommend for some higher milage runs. Like I’ve mentioned earlier I lifted in this shoe as well and it worked well. I generally have a lot lower of an offset of a shoe, so I was curious to see how it would go but there wasn’t a point at all during my workout where I felt “unstable”. So out of my recommendations for the shoe I would firstly say speed work maybe some tempo runs. I wouldn’t go much longer then 5-6 miles depending how you feel in those first few miles. The sweet spot for me was around 3 miles, I was able to cruse for a faster pace while also having a lightweight supportive shoe on my foot.

Who Is This Shoe NOT Good For?

Now on to other hand, there are a few things this shoe probably wouldn’t be the best for. As I’ve mentioned previously it isn’t a long-distance shoe for most people. This doesn’t mean that you can’t go run 12 miles in it just means it might not be enjoyable. The Launch 9 is made a little more for the lighter and younger audience, the cushion under the shoe isn’t the most substantial thing and could break down pretty quickly when it comes to certain things, causing this shoe to not last as long. Trust me we really love your business but we want you in a shoe that’ll support you for what you’re looking to use it for.

So, recapping everything we just went over the Launch 9 in my personal opinion has gotten a lot better this year, it is much more similar to the Brooks Ghost now than it ever has been in the past. Making this shoe a much more feasible option to more people. This still has its limits unfortunately; the younger and shorter quicker mileage will be the go-to in this shoe. For the price point as well sitting at $109.95, it can’t get much better than this.

Max is currently a college student at Maple Woods Community College. He graduated from Oak Park in 2021. During his High School years, he ran track, killing it running the individual 800,  4×800 relay, and the individual mile. He has a passion for photography. Max started at The Running Well Store at the Barry Road location right during the pandemic in March of 2020.

The time has finally arrived!  After a long winter of #SupplyChainIssues we finally have the Brooks Glycerin in…

Craft CTM Ultra 2 I have only known Craft to be in the apparel side of things. And…

Mizuno Wave Inspire 18 IF you LOVE a firm shoe….this one is for YOU!!! How does it feel?…

On Running Cloudrunner 4 When I found out I would be reviewing the new Cloudrunner from On, I…